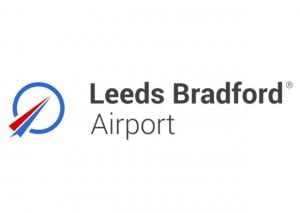 The event will start with informal networking where you can meet other assistants with a welcome drink and canapés. Our networking is easy-going and friendly. If it is your first visit you will be introduced to others so you don’t have to worry about being left standing on your own.  This is a forum to meet other peers from your profession in a relaxed atmosphere while learning and developing at the same time.

There will be a live cooking station at this event showcasing the hotel’s restaurant offering. 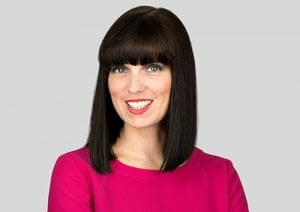 Victoria will share the aims, missions and future plans for EPAA and will also present on the ‘Habits of Highly Innovative Assistants’.

Victoria is a former Multi Award Winning Executive Assistant from the United Kingdom.
She is extremely passionate about the role of the Assistant and actively encourages it as a truly fantastic career choice, after experiencing an extraordinary career journey herself.

Victoria spent the first five years of her career, from the age of sixteen, working her way up the secretarial career ladder. She commenced her work as an Office Junior for a car leasing firm, before moving to a Junior Personal Assistant role at her next company. She then became a Secretary, until receiving her first Executive Assistant position at the age of 21, this was for Susan Scott-Parker OBE, CEO of the Business Disability Forum.

Victoria then went onto to join one of the world’s leading specialist recruitment firms as an Executive Assistant and shortly after joining, went on to set up an award winning Internal PA Network in November 2009.

In 2008 Victoria was a Finalist in the Hays/Times PA of the Year and in October 2011 Victoria received ‘Outstanding Contribution to the PA Profession’ at the Mayfair PA Magazine awards.

Victoria has appeared as a judge on many prestigious awards for Assistants, most recently Wearethecity.com ‘Rising Star Awards’.

In 2015 Victoria was placed into the City AM Newspapers ‘Women in the City Power List’ and is currently in the Top 30. She was the first Executive Assistant to be recognised in a list such as this!

Victoria regularly presents and trains Assistants at events and conferences across the UK and also internationally including; Belgium, Dubai, Ireland, Russia, Singapore, Sweden, South Africa and the USA. 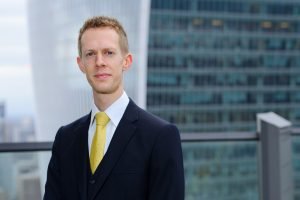 Sean will share his background and history talking about his experiences as an Executive PA over the last 10 years. Sean will speak about the benefits & qualities needed to be a truly successful assistant.

Sean has previously worked at a number of companies including AIG, ABN Amro Bank, The Pensions Management Institute and Marks & Spencer.

Sean holds the RSA Diploma in Administrative & Secretarial Procedures and is Deputy Chair for EPAA.  He is an advocate of the PA profession and has a huge passion for the benefits the role can bring to an organisation, as well as the qualities necessary to become a truly successful PA.

Sean has also featured in both The Times and Daily Mail newspapers and has spoken at PA events across the UK.

We will finish the evening with our prize draw including:

There will also be a prize draw for 2 tickets to see Little Mix on Saturday 26th March at First Direct Arena Leeds donated by Leeds Bradford Airport. This will be drawn after the event as it is a joint prize draw with the Leeds group. Winner will be announced on Friday 18th March.

New attendees are welcome and if you haven’t attended a PA Hub session before you can come along as a guest by registering in the non-member area quoting Trial100 in the promotional box and it will give you a free place so you can try before you buy.

Onsite parking is available on site for £5 per 24 hours

If you are not an assistant and want to know about exhibiting opportunities at the event please contact Jon Lowrence jon@thepahub.co.uk for details.